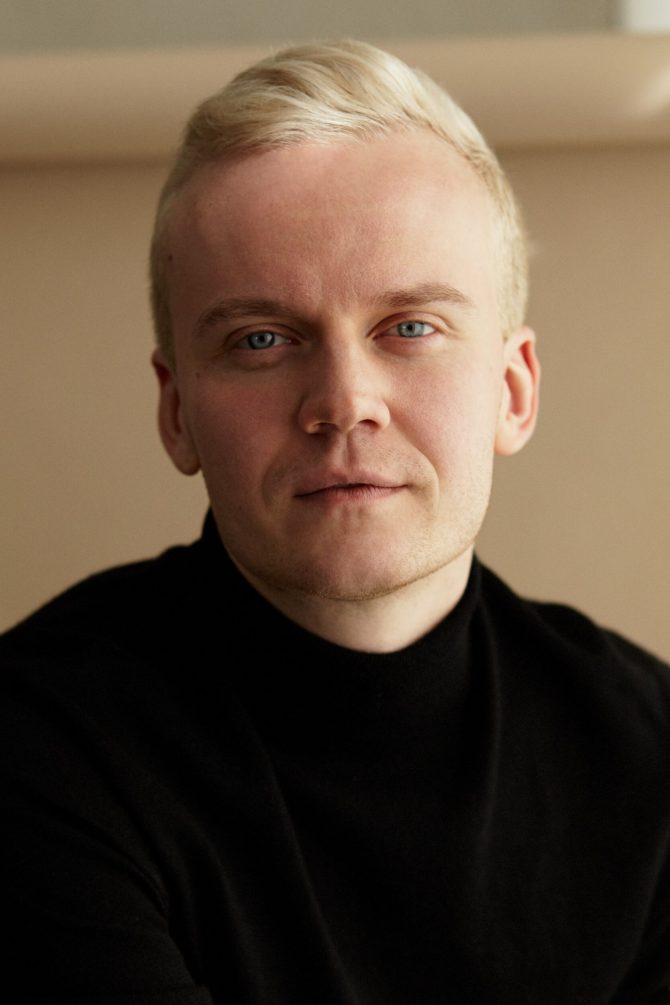 Miiko Toiviainen is a Helsinki-based actor. He has an MA in Musical Theatre from Mountview Academy of Theatre Arts (London) as well as an MA + BA in Acting from Helsinki Theatre Academy. He’s been awarded Theatre Actor of The Year by the Finnish Actors’ Union, and his autobiographical monologue centering trans joy won the title Monologue of The Year 2020. Miiko speaks English fluently and has played the lead in the American musical XY during its development both in London (The Other Palace) and New York (New World Stages, NAMT). Having grown up in a Swedish-speaking town, Miiko also speaks excellent Swedish. Miiko is a part of the renowned KOM Theatre ensemble, as well as Improv Theatre Stella Polaris. His camera works include Kultakala (Goldfish, 2021), Karkurit (Fast, 2021), Maria Kallio (2022), and Perintö (Mother’s Wrath, 2021).