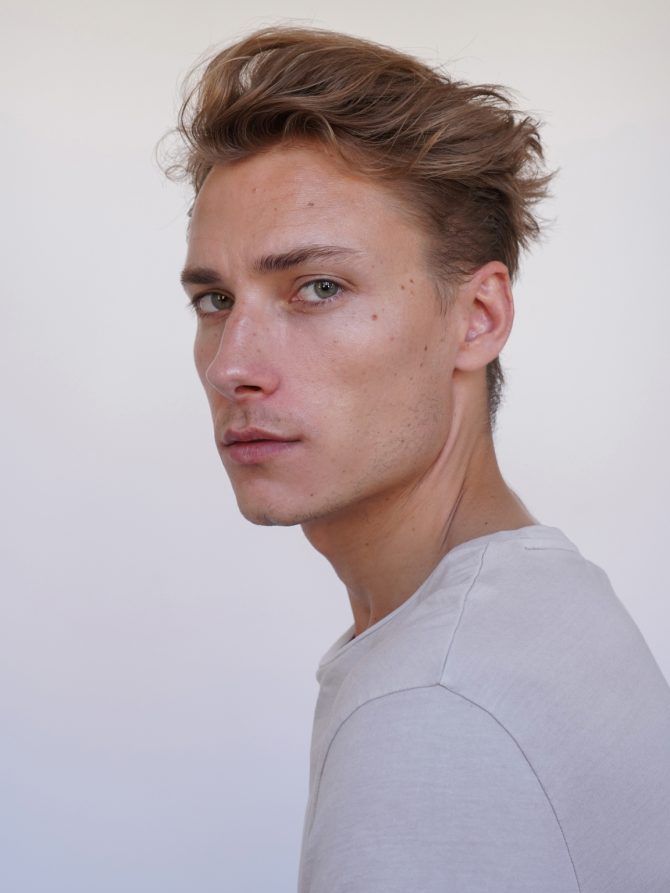 Niclas Gillis is a Swedish actor and award-winning film director, known for his roles in the Per Hagman adaptation Pool, and Jesper Ganslandt’s The Ape. As a director, he is most known for his critically acclaimed drama short film, Hold Me Down, which depicted a day in the life of a 19-year-old single mother and sex worker in The South Bronx. The film was hailed as a “powerful, powerful drama” by CNN. It was based on real events and featured a cast of real-life survivors of sexual exploitation and domestic abuse. Thanks to a partnership with the NGO Project Rousseau, the women involved were able to escape the clutches of prostitution, and gain access to higher education and stability in their lives. Gillis said of the process: “We wanted the women who really live this life to have the opportunity to tell their own story, raise awareness of the conditions that they face, and inspire change.”

His fashion film for Native Son – which he both directed and starred in – was compared to Pier Paolo Pasolini’s Teorema by New York Magazine. He has been championed as “the premiere talent to watch”, by Nike. For his leading role in Pool, SVT wrote: “Niclas Gillis is truly great in the role of Johan”, while Draken Film wrote: “Gillis is perfect for the role, and brings the character to life with the vibes of Alain Delon.”

Between 2009 and 2020, Gillis resided in New York, where he – in addition to his filmmaking – worked as a model for brands like Prada, Calvin Klein, Vogue, and W Magazine. He has worked with photographers like Steven Klein, Bruce Weber, and Ellen Von Unwerth, and starred alongside Lara Stone and Kim Kardashian.

Gillis is currently at work on his directorial feature film debut, The Nix, with Swedish producers Patrik Andersson (Midsommar) and Jakob Abrahamsson of Mylla Films.