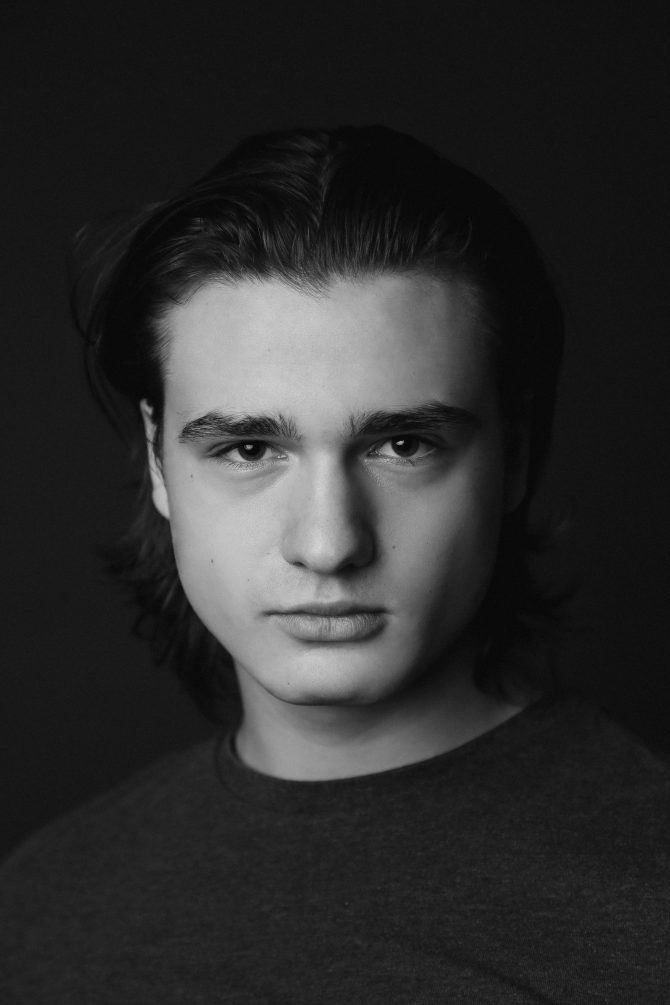 He began acting on stage (2017) where he took part in both theatre plays and musicals. In 2018 he started acting on screen and has since then been part of multiple short films, to mention a few: “It´s a rap”, “Sammankomst”, “En kärlekshistoria”. He has also worked on TV shows such as “Maria Wern” and “Heder 2”. He will be screened in a Swedish Feature by Bigster production, 2023.

Noe Lou is a driven young actor always hungry for challenges, he loves to take on complex roles which he can make alive throughout his acting. He will dedicate all his effort to a project, he works hard and happily. Noe Lou is shortlisted even on several Swiss, and German productions, with his good language skills.