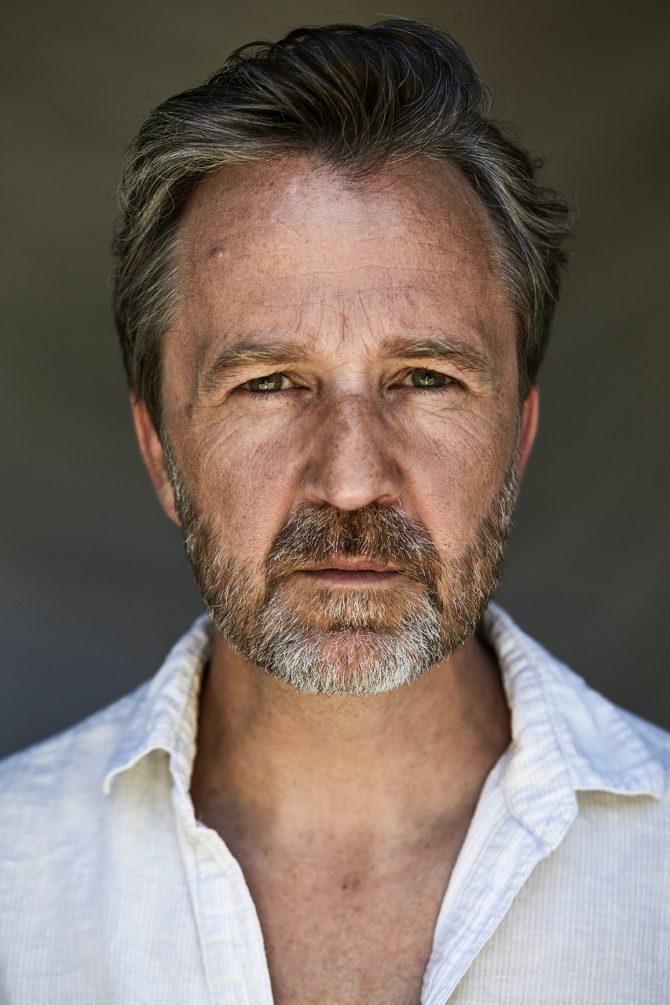 Patrik Karlson started acting in 1991, at 23 years of age. He leads twenty-five years of experience working in theatre, film, and TV. His first appearance in a play was in Willy Russell’s “Blood Brothers”, where he played the lead part, Mickey, and for which he received high acclaim.

Also in 1991, he co-founded the theatre company Teater Amabile in the small village of Klippan in the south of Sweden, together with Heléne Lindquist. He stayed with the company until 1996 when he moved to work with the Regional Theatre of Skåne.

In 1996 he worked with Nya Skånska Teatern in the play “Stjärntoken” where he played one of astronomer Tycho Brahe’s assistants; Longo. That year he also made his last appearance with Teater Amabile in the play “Bellman – Heaven or Hell” where he played the court’s poet Johan Henrik Kjellgren.

In 1998 he played the Orator in Eugene Ionesco’s “The Chairs” directed by the late actor and director Mikael Strandberg, who became a close friend and mentor, playing an important part in his life as an actor. From him, he learned a deeper understanding of everything that surrounds acting it in terms of humbleness, hard work, and the importance of teamwork.

In the spring of 1999, Patrik made his playwright and directorial debut when he wrote, directed, and played the only part (“The man”) in the monologue “Följ mig till tidens rand” (“Follow me to the end of time”), which toured Sweden throughout that year. The play deals with matters of love, beliefs, coming to terms with the past, and life and death.

In 2001 Patrik played the lead in the play “Bösendorfer” by the Hungarian playwright Ferenc Karinthy. And in 2006 he made his last appearance, to date, on the theatre stage when he played the lead character Andrew Ladd in A.R. Gurney’s “Love Letters”.

Shortly after moving to Malmö, he got in contact with film and television, and soon made appearances in both “Wallander – The fifth woman”, directed by the late Birger Larsen, and in the extremely popular Swedish comedy series “Hipp Hipp”. Since then, he has worked in productions in Sweden, Denmark, Hungary, Spain, and the UK, resulting in over 150 productions.

In 2013 Patrik played the lead in the feature “LFO”, directed by Antonio Tublén, a role that earned him great international acclaim. The movie was picked up by actor Elijah Wood and his production company SpectreVision made a grand tour of festivals over the world.

Also, VOD sites like Netflix, iTunes, Amazon, and Hulu have streamed LFO since. In 2017, Patrik was cast by director Terry Gilliam for his film “The Man Who Killed Don Quixote” (2018). Patrik is currently seen on CBS Series “FBI International”, Swedish “Tunna Blå linjen” among others.