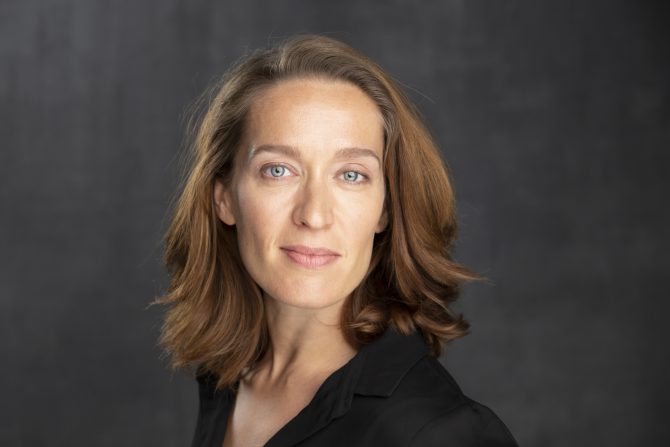 Elsa Saisio is a Finnish actress known both for playing leading parts in feature films and television, and for her interpretation of challenging dramatic theatrical roles, including at The Finnish National Theatre, and the City Theatres of Helsinki, Tampere and Lahti.

Her latest works include leading parts in the drama series Hymyä! (2022) and drama-comedy series “Kevyttä yläpilveä” (2020) and Kontio & Parmas (2018-2021) and the feature film The winning Ticket (2018). Her theatrical credits in Finland include Maggie in Cat on a Hot Tin Roof, Hedvig in The Wild Duck, Juliet in Romeo and Juliet, Ophelia in Hamlet, and Una in David Harrower’s play Blackbird.

A strong singer, Elsa’s most important musical roles include Sally Bowles in Cabaret, Velma Kelly in Chicago, Sheila in Hair, and Edith Piaf in the play Piaf.

Elsa started out as a child actor in theatre and cinema and trained at the National Theatre Academy of Finland in Helsinki (TEAK). In addition to her native Finnish she is fluent in English and Spanish, and also speaks Russian and Swedish.